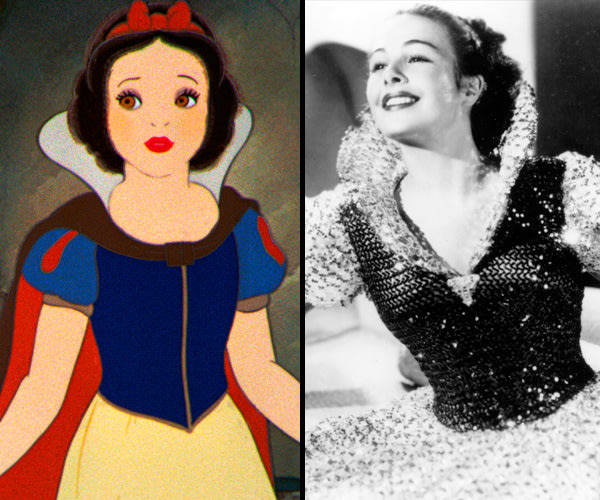 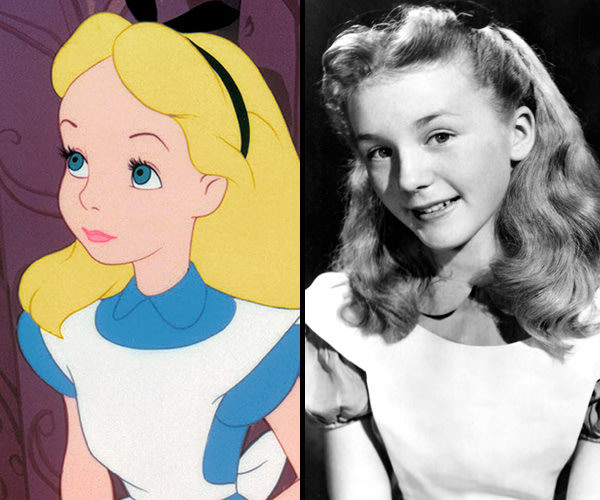 Child Actor Kathryn Beaumont also provided the voices for both Alice in “Alice in Wonderland” (1951) and Wendy in “Peter Pan” (1953). 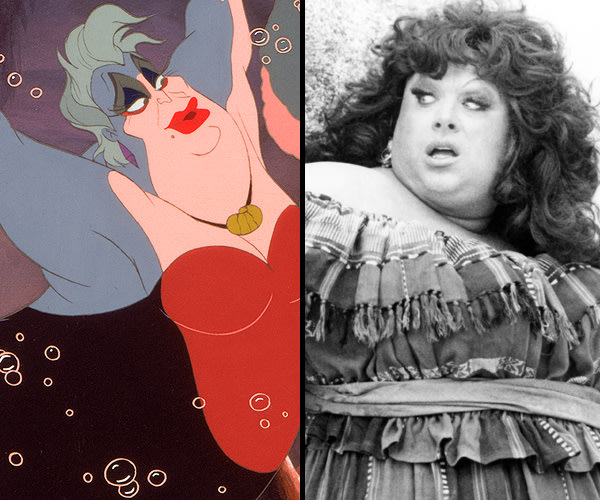 Flamboyant drag performer Divine inspired the look of Ursula the Sea–Witch for “The Little Mermaid” (1989). 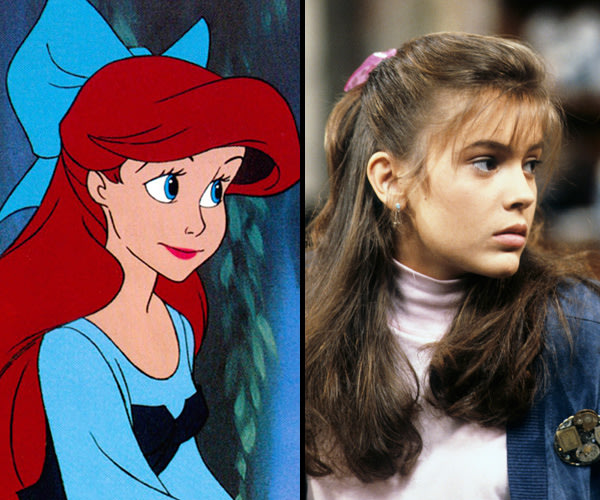 While actress Sherri Stoner was the live action model for Ariel from “The Little Mermaid” (1989) the animators were also inspired by then 16-year-old Alyssa Milano. 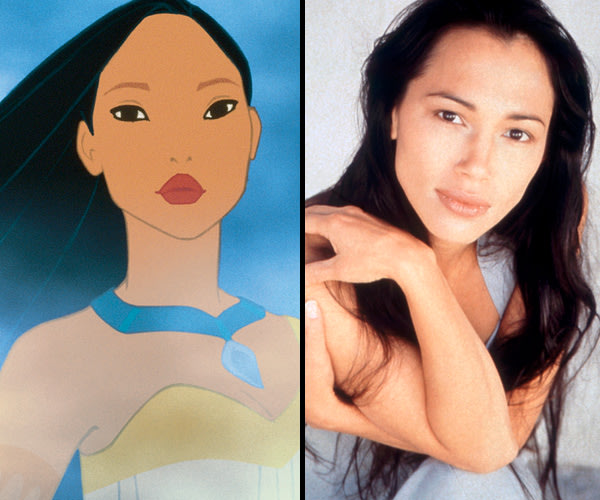 The beautiful Native American actress and singer was both the vocal and visual inspiration for Pocahontas (1995). 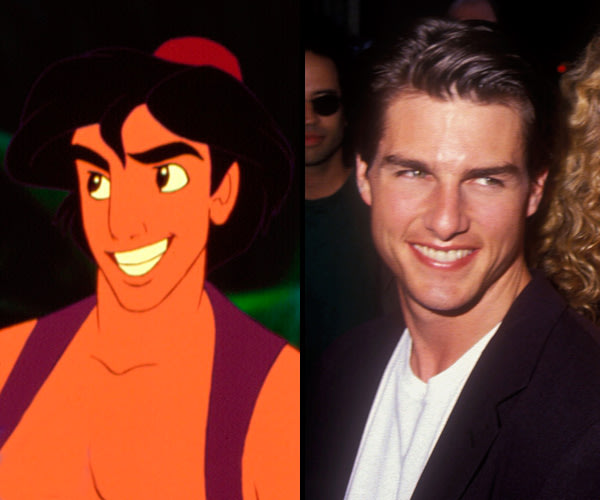 “Aladdin” (1992) was originally drawn to resemble Michael J. Fox but producers felt he looked too boyish and added the rakish features of Tom Cruise. 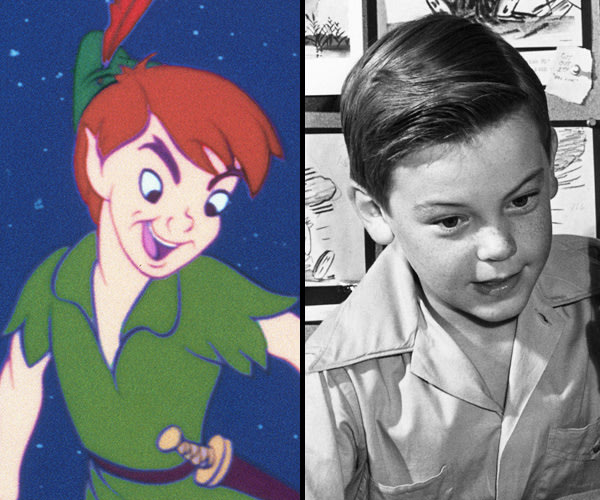 Child actor Bobby Driscoll inspired the animated version of “Peter Pan” and also played the character on television in 1953. 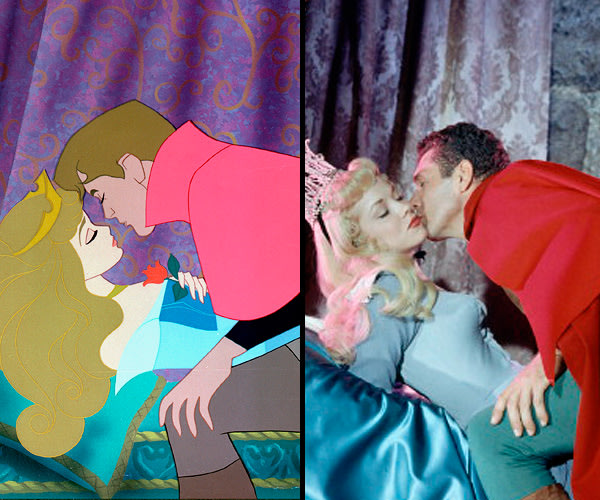 Disney tapped actress Helene Stanley to be the live action model for Aurora, from “The Sleeping Beauty.” 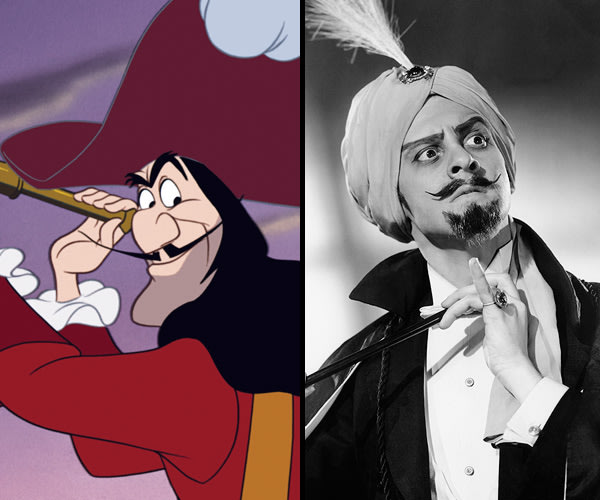 With his arch voice and strong, lively face, Conreid was the perfect model for “Peter Pan’s” (1953) evil Captain Hook. 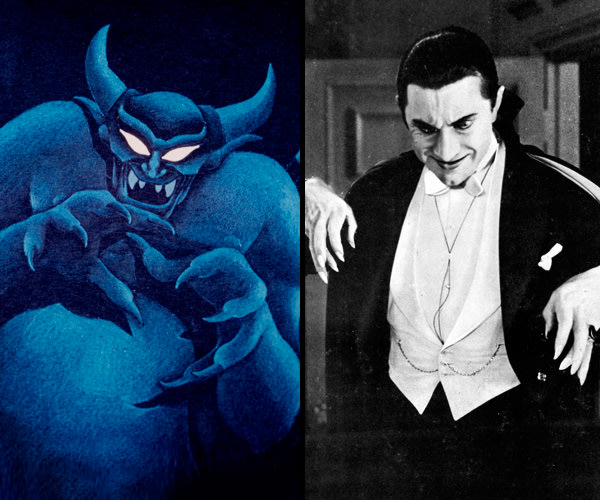 Bela Lugosi, of “Dracula” fame was the live action model for the terrifying demon Chernabog in “Fantasia.” 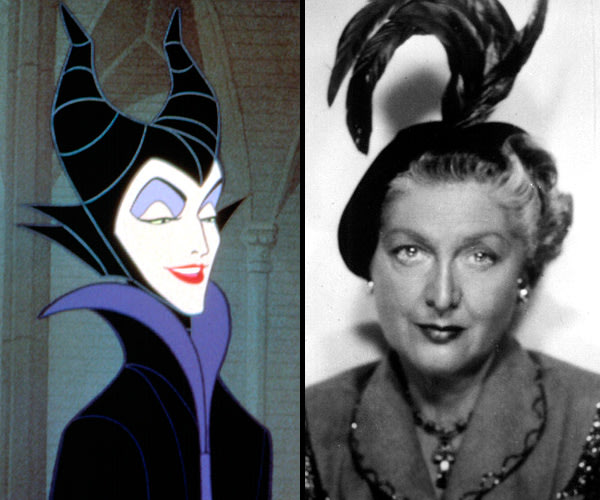 Eleanor Audley used her commanding voice and presence to shape the wicked women of “Cinderella” (1950) and “Sleeping Beauty” (1959).